I have an absolute hatred for wires and cords running all over the f-ing place (why can’t everything be wireless?). Perhaps I need to get into a Delorian and go back to the 1900s when they used oil lamps and candles instead of electricity. I do have my collection of oil lamps unpacked.

Per my request, at our old house Adrian had installed some paintable cord covering cables to run the wires to the TV and sound system.  We also ran the wires through the walls into the closet in the dining room to hold the stereo and computer that we hook up to the TV for Netflix streaming and watching movies that we have stored on a hard drive.

So naturally, I have been making squint eyes at these super old phone jacks that were added to the house ALL OVER THE PLACE the second we moved into the house. 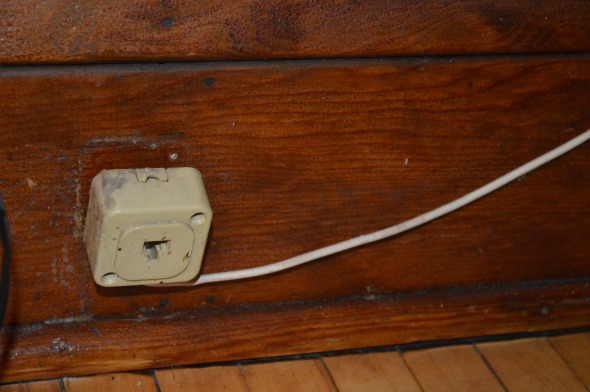 I know–of all things we need to get done at our house I picked this fun little project.

Instead of running the wires through the walls properly, whomever decided every room in the house needed 1 million phone jacks also decided to run the wires alongside the baseboards.  A cost saving measure no doubt. This is very common in older homes that needed the extra jacks for convenience throughout the house.  It is possible that this house didn’t have a phone at all when it was built, or would have only had one phone.

It didn’t take much more than a firm tug to rip most of these out (staples and all), but some required a little more elbow grease with a needle nose pliers. 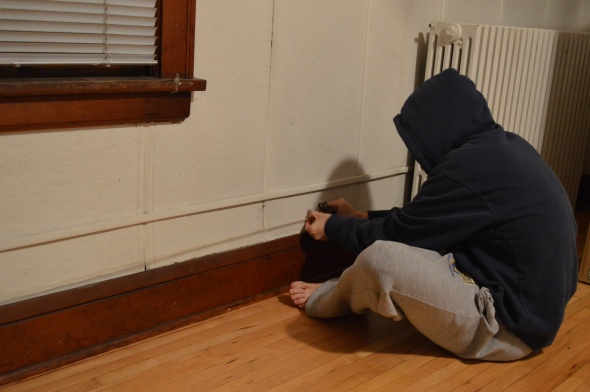 Adrian got the worse of it which ran all wanky behind some of the kitchen cabinets and behind the refrigerator. 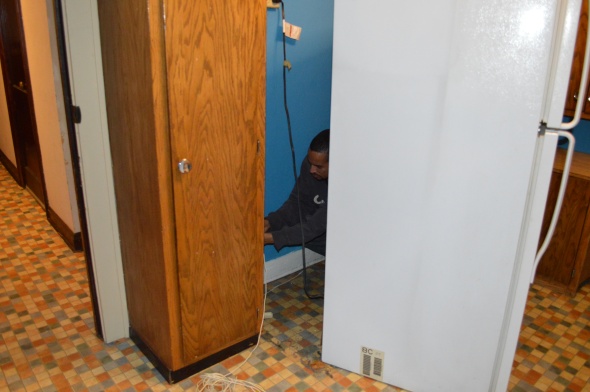 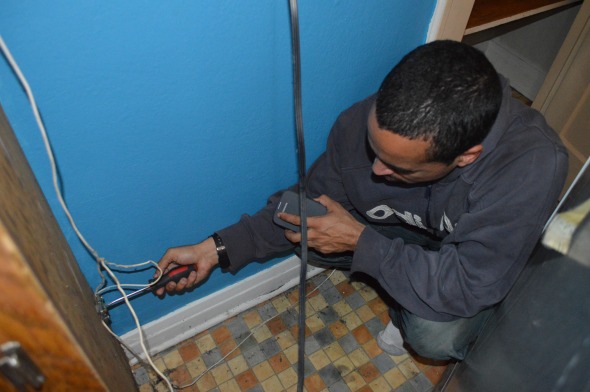 We are planning on leaving a couple jacks on the main floor just in case.  We don’t have a land line (do those still exist?), but you never know it could be helpful to have in the future.

Now i just need to reconfigure the walls the lines came off of.  Baby steps.

While we were at it, Adrian installed a couple of Nests (super cool thermostats that program themselves). 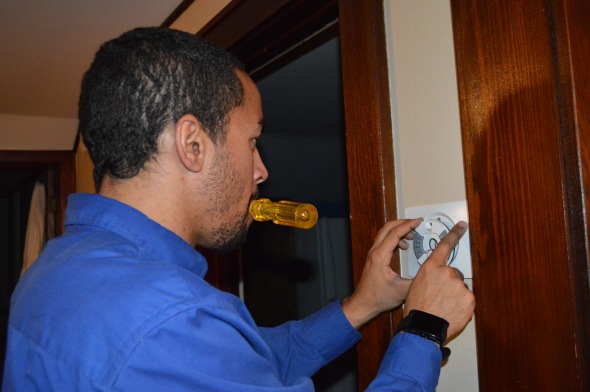 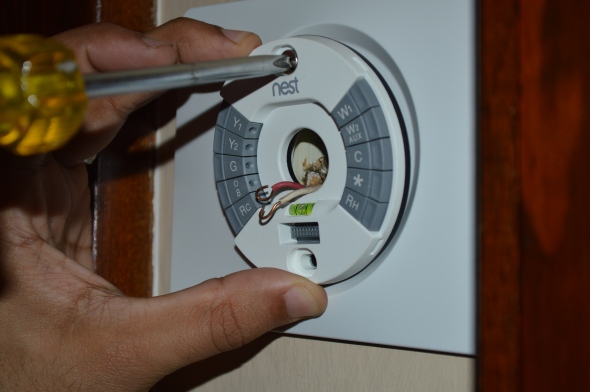 We really like them so far. We turn the temp down to 62 when we are sleeping or at work, and we generally keep it at 68 when we are awake and actually at our home which really isn’t much of the day.  I’m interested to see what our heating bills will be this winter.  Our new house is almost 1900sq ft compared to or old house at 1200, so I am sure it will be quite a bit more. Maybe I will turn it down to 60 at night?

Anyone else out there hate cords or is it just me?  What do you keep your thermostat set at in the winter?

All about St. Paul, Minnesota - By: Teresa Boardman

Just a girl with a hammer